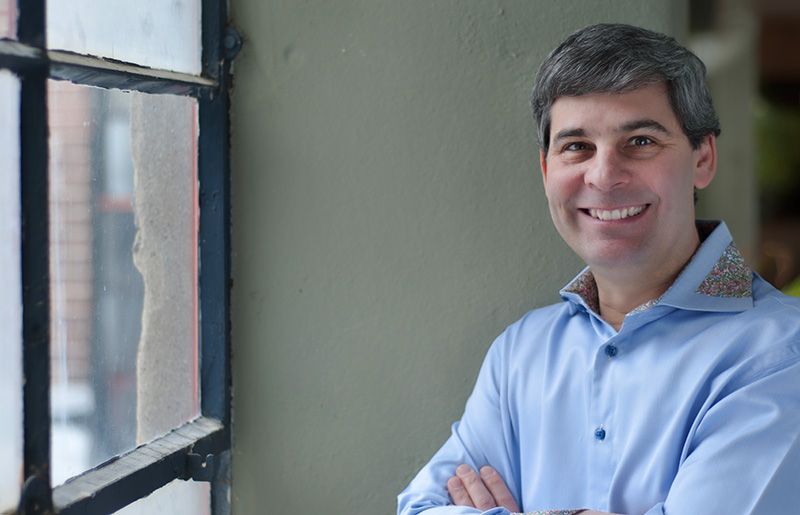 Mr. Resnick most recently co-wrote the article “The Reality of Reality Television Competition Programs”, which was published in the July/August 2019 issue of The Pennsylvania Lawyer. Previously, he authored or co-authored chapters in “The Musician’s Business and Legal Guide”, presented by the Beverly Hills Bar Association (4th and 5th Editions), as well as in books issued by the International Association of Entertainment Lawyers (“IAEL”) in 2009, 2011, 2012, 2014 and 2016. He has written various articles and chapters in other journals, textbooks and magazines.

Mr. Resnick is a Lecturer in Law at the Villanova University Charles Widger School of Law, where he teaches a course in entertainment law. Before teaching law at Villanova, he was an adjunct professor at Southwestern University’s Biderman Entertainment and Media Law Institute.

Mr. Resnick was elected to membership in the Philadelphia City Council’s Task Force on the Philadelphia Music Industry. He also serves on the boards of The Musical Fund Society of Philadelphia (the oldest philanthropic musical organization in the U.S.), the Marvin Hamlisch International Music Awards, and the Advisory Board for the Sound Recording and Music Technology (“SRT”) program at Montgomery County Community College.

Mr. Resnick frequently serves as an expert witness in entertainment-related lawsuits. He has earned the Pennsylvania Super Lawyers designation from Philadelphia Magazine/Law & Politics Magazine for the past 15 years, and has earned an AV Preeminent® Peer Review Rated rating from Martindale-Hubbell®. He was selected as a Grand Prize winner of the British Airways/UK Trade & Investment’s “Face of Opportunity” contest. Mr. Resnick is also a musician, songwriter, record producer and music publisher, and the author of a published crime fiction short story. His music publishing company, A Max Entertainment Publishing, won an ASCAP “Rhythm & Soul” award for co-publishing the musical composition “Sorry Not Sorry”, co-written and co-produced by Jetmir “Milli Beatz” Salii and performed by Bryson Tiller. 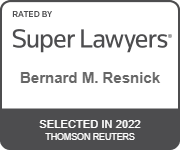 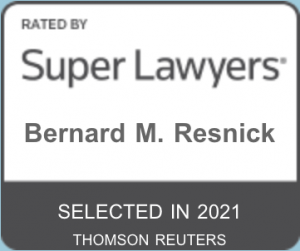 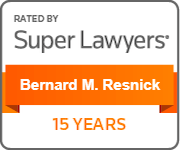 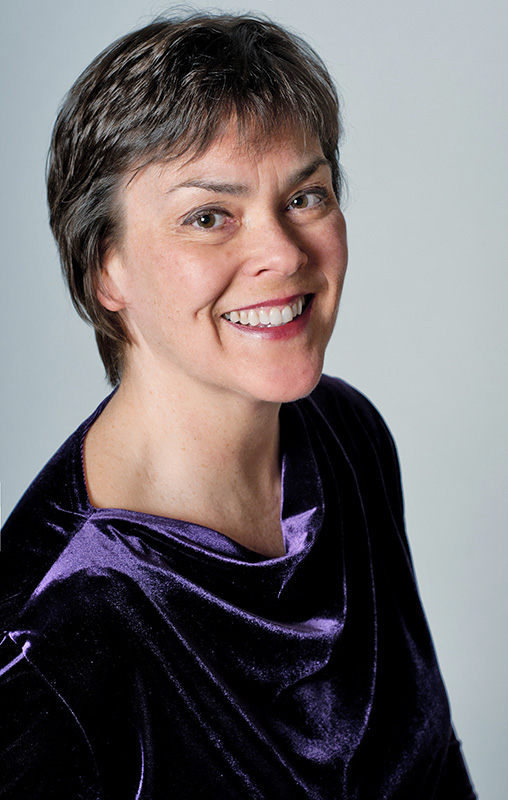 Ms. Mattison’s most recent article, “How Can Lawyers Help the Music Industry Green Itself and Respond to the Climate Crisis?”, was published in the 2021 International Association of Entertainment Lawyers (“IAEL”) book, “Nationalism vs Globalism: Regional and Transnational Legal Issues Reshaping the Entertainment Industry”. A previous version of the article was published in June, 2020, as a digital “sneak preview” of the book. She previously co-authored the article “The Reality of Reality Television Competition Programs”, which was published in the July/August 2019 issue of The Pennsylvania Lawyer. Previous articles she wrote or co-wrote have appeared in books published by the IAEL in 2011, 2012, 2014, and 2016, and in the Journal of the International Alliance for Women in Music in 2015.

Ms. Mattison is an Adjunct Professor at the Villanova University Charles Widger School of Law, where she co-teaches a course in Entertainment Law. She has been an invited speaker or moderator at numerous Continuing Legal Education events hosted by the IAEL at the annual MIDEM convention in Cannes, France, and at Continuing Legal Education events hosted by the Pennsylvania Bar Institute, the University of Pennsylvania Law School, the TASA Group, and Delaware Law School’s Sports and Entertainment Law Association. She has appeared as a speaker at the NATPE Miami Market & Conference in Miami, Florida; the Winter Music Conference in Miami, Florida; the 32nd International Wildlife Film Festival in Missoula, Montana; a symposium at Princeton University; a panel presentation hosted by Philadelphia Volunteer Lawyers for the Arts; the Lebanon Valley College VALE Media (formerly Music) Industries Conference VI, VII, and XI; the Hudson Valley Songfest 6; the Algonquin Film Festival; the Pennsylvania Performing Artists on Tour (“PennPAT”) Roster Artists Retreat; the Music and Entertainment Industry Educators Association’s Regional Music Industry Conference; and an online panel presentation hosted by the Rotary Club of Ara Damansara (Kuala Lumpur, Malaysia). She has lectured to students of Southwestern Law School’s “Entertainment and Media Law LL.M. Online” program, and at the Villanova University Charles Widger School of Law, Penn State University’s Dickinson School of Law, and Temple University’s College of Engineering and Boyer College of Music and Dance. She has taught Business Law at the Art Institute of Philadelphia, and Music Business Management at Cabrini College/KAJEM Recording Arts Program. She has been an invited mentor or judge at numerous entertainment industry events.

Ms. Mattison is a member of the bars of Pennsylvania and the District of Columbia as well as the United States District Court for the Eastern District of Pennsylvania. She belongs to the Philadelphia Bar Association, the International Association of Entertainment Lawyers, New York Women in Film & Television, and Philadelphia Women in Film & Television; is a Professional Member of The Recording Academy; and holds both writer and publisher memberships in BMI.

A graduate of Yale University, Ms. Mattison was also the recipient of a Fulbright Scholarship to study Communications at the Technical University of Berlin and earned a Certificate in Producing from the American Film Institute in Los Angeles. Before attending law school, she worked in the film and television industries in New York and Los Angeles in numerous capacities ranging from director to co-producer to casting director and more. Ms. Mattison began her law studies at the University of California, Berkeley, School of Law, where she was selected for the California Law Review and received a Moot Court Advocacy Award. She then transferred to the University of Pennsylvania Carey Law School, from which she received her JD. After graduating, Ms. Mattison practiced complex commercial litigation with a Philadelphia firm, and performed educational outreach and policy work for a regional environmental nonprofit organization. She joined Bernard M. Resnick, Esq., P.C. in 2000.

Ms. Mattison currently serves on the Board of Directors of Pennsylvania Public Radio Associates, Inc./Echoes, and previously served as an appointed member of the Philadelphia City Council-established Philadelphia Film Advisory Task Force. She was selected to the 2020, 2021 and 2022 Pennsylvania Super Lawyers lists by Super Lawyers/Thomson Reuters, and was named a Super Lawyers “Rising Star” in 2005, 2006 and 2007. She was designated a Main Line Today Top Lawyer in 2014, 2015, 2016, 2018 and 2019, and was chosen as one of twenty “2019 Women on the Move” by Main Line Today magazine.

Long active in environmental matters, Ms. Mattison is currently involved in Lower Merion Township, Pennsylvania sustainability efforts, and previously served as an appointed member of the Radnor Township, Pennsylvania Environmental Advisory Council. She is a LEED® Accredited Professional (LEED AP® Homes) and is REGREEN Trained™. She is also an exhibited photographer.

“LEED AP” and the related acronym, and the LEED AP logos are trademarks owned by the U.S. Green Building Council and awarded to individuals under license by the Green Building Certification Institute. 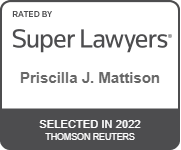 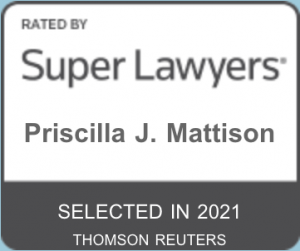 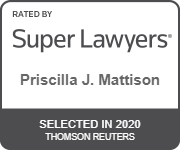 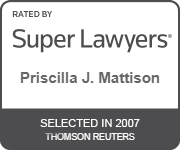 Our firm concentrates on transactional work in various facets of the entertainment industry. Examples of the types of contracts that we have solicited, negotiated and/or drafted for our clients include:

Representative current and former clients of the firm include the following:

OTHER SONGWRITERS, COMPOSERS AND PUBLISHERS: